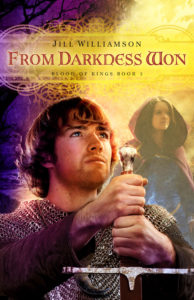 Here is a list of all the subgenres I could think of. Let me know if I forgot any, okay?

Alternate Reality (or parallel universe) – These types of stories usually involve a parallel universe. The laws of nature might be a bit different in the alternate reality. Or maybe the alternate reality is a few years behind ours, so that the characters feel as if they are traveling in time. In the Back to the Future movies, Marty and Doc Brown created an alternate 1985 when Biff stole the sports almanac and went back and changed history.

Bryan Davis’ Echoes from the Edge trilogy deals with three earths, each with the same people living on them. One earth is slightly behind the other two in that the main character is only a child in that reality. The main characters learn to travel between the three earths as they try to save all three from destruction.

Cyberpunk – These types of stories deal with a high tech cybernetics. They might be stories about artificial intelligence, information technology, virtual reality, hackers, computers, cyborgs, or clones. The stories may take place on a near-future earth, a far-future one, or another planet. Some examples? The Matrix, Blade Runner, The Terminator, and Kirk Outerbridge’s Eternity Falls.

Dark Fantasy (or gothic fantasy) – A combination of fantasy and horror. Vampire, werewolf, mummy, and zombie stories fit into this genre. Some examples are the poem Beowulf and Anne Rice’s Vampire Chronicles. You could call a novel in this category simply “horror,” but the genre horror doesn’t necessarily mean the story is speculative in any way. This is why I didn’t put horror as its own category, since a book about a serial killer is horror.

Dystopian – Stories that take place in a futuristic society that is repressive or controlled, often under the guise of being perfect. The characters live in a real-life nightmare. These types of stories try to get the reader to see the consequences of certain ways of life. Some examples are Suzanne Collins’ Hunger Games, Ray Bradbury’s Fahrenheit 451, Marc Schooley’s The Dark Man, and George Orwell’s Nineteen Eighty-Four.

Epic Fantasy (or high fantasy) – These are stories set in an alternative, secondary world that differs in some way from the primary world (earth). Magical elements are often included. J. R. R. Tolkien and C. S. Lewis’ works fit into this category. With the Lord of the Rings you have a story that takes place in Middle Earth. In the Narnia books you have characters that travel from the primary world through a portal to arrive in the secondary world. My own Blood of Kings trilogy is considered epic fantasy.

Hard Science Fiction – These are science fiction stories loaded with technical details and science that is accurate. 2001: A Space Odyssey is an example of hard science fiction.

Militaristic Science Fiction – These are science fiction stories that deal with war and military storylines. A great example would be Ender’s Game by Orson Scott Card.

Paranormal – These are stories that include any phenomena that lie outside the range of what is normal in our world. Paranormal encompasses a broad range of subjects. Paranormal romance novels are very popular. Twilight is a mainstream paranormal romance. Some examples of paranormal elements are vampires, shapeshifters, ghosts, time travel, psychics, telekinesis, aliens, and any kind of cryptids (Big Foot or the Loch Ness Monster). Some general paranormal stories are The Exorcist, Ghostbusters, and The Sixth Sense.

Post-apocalyptic fiction – These stories are set in a civilization after an apocalyptic event, or perhaps years later. Such a story might also fall into the dystopian category. Jeanne DuPrau’s middle grade novel City of Ember is a good example of post-apocalyptic fiction. As is Richard Matheson’s I Am Legend, which tells the story of the only unaffected survivor of a global pandemic that has turned the world’s population into vampire-like creatures.

Science Fantasy – Books in this category give a scientific realism to things that could not possibly happen. Science fiction is largely based on established scientific theories, while science fantasy is mostly implausible. The best example I can give is Stuart Vaughn Stockton’s Starfire, which is a story about a dinosaur people.

Science Fiction – In a true science fiction story, the majority of the action takes place in our world and universe. It may or may not happen in a futuristic setting. But science fiction always deals with the impact of imagined innovations in science or technology and does not violate the laws of nature. Everything is plausible. It could happen. And the reader is drawn into the “what if” of the story by knowing that this scenario could happen. Some great examples of science fiction novels are Jurassic Park by Michael Crichton, Dune by Frank Herbert, and A Star Curiously Singing by Kerry Nietz.

Space Opera – Space opera stories are set entirely in outer space. They are large-scale, dramatic adventures where the heroes face dastardly villains. Space operas tend to have several elements in common: long journeys in space crafts that have cool names, political unrest, a group of rebels (often our heroes), a massive space port or mothership, bizarre alien life forms, and weapons with cool names. The Face of the Deep novels by Steve Rzasa are an example of space opera. Star Wars is a space opera. People often assume that Star Wars is science fiction because the characters travel through the galaxy. But the Star Wars storyworld has far too many fantasy elements to pass as a science fiction.

The TV series Firefly is another great example of space opera, including the movie Serenity that was based on the series. Though some will agrue that Firefly and Serenity are actually called space westerns.

Steampunk – These stories sometimes fall into a subgenre of alternate history, though they may be entirely fantasy. They combine elements of science fiction or fantasy and are written in a time period where steam power is still widely used—usually the 19th century, sometimes in a wild west-type world (western steampunk), and often in Victorian era Britain. Fictional machines in steampunk are often inspired by the works of H. G. Wells and Jules Verne. Leviathan is a young adult steampunk novel written by Scott Westerfeld.

Superhero Fiction – This is a type of fiction that follows characters with superhuman abilities that come up against dastardly villains trying to take over the world—or maybe just a certain city. These types of stories are inspired by comic books like Superman, Captain America, The Green Lantern, Batman, and so on.

Supernatural – These types of stories remove all elements that fall under fantasy and horror, and embrace supernatural elements that are considered commonplace in the natural world. Things like angels, demons, ghosts, God, and Satan. Frank Peretti’s This Present Darkness is a great example of a supernatural fantasy novel.

Sword and Sorcery – Stories in this category tend to focus on heroic characters dealing with personal battles rather than the “fate of the world” type plots in epic or high fantasy. Romantic elements are often present, as are magical elements. Conan the Barbarian books by Robert E. Howard are good examples of the sword and sorcery subgenre.

Urban Fantasy – Stories that take place on our earth at the current time and have an urban setting, meaning that they take place in a city. This is a very popular genre in young adult literature. Cassandra Clare’s The Mortal Instruments series is a good example of urban fantasy.

Utopian – Stories that envision an ideal society, often including a metaphor for how the choices humanity makes determines such a possible future. Examples of utopian stories are harder to find. Lost Horizon by James Hilton is said to be an example of this, but I have not read it.