Onyx Eyes is Back! 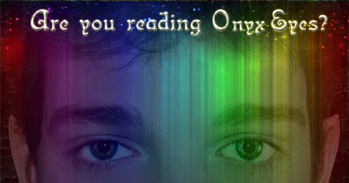 I’ve talked a lot about Kindle Vella these past few months. It’s become my new writing motivator. Because of the weekly publish deadline, I’ve been able to write a chapter a week while working full-time. Right now, I’m three chapters out from finishing Magic Hunters!

Now, I thought about jumping right into Magic Hunters, book two, but I’d like to send the full book to some beta readers and get an edit on it before I keep going. That way, if the story needs some major changes, I won’t be wasting my time on book two until I know where the story is headed. 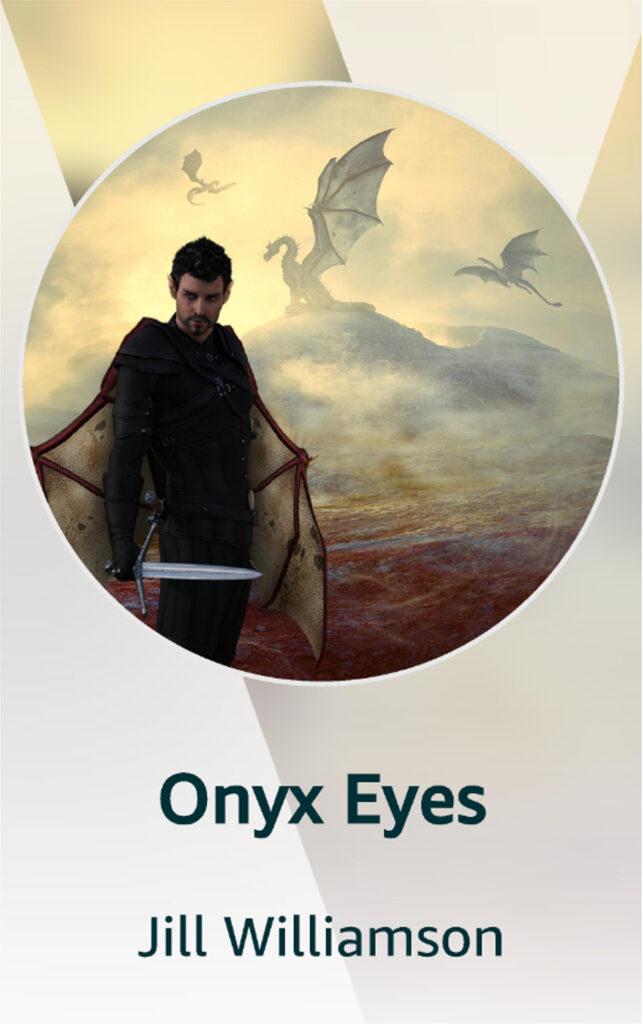 That said… (drum roll) … I decided to finish writing Onyx Eyes instead! (I’m super excited about this!) Some of you may recall that once upon a time I was writing Onyx Eyes on my blog when I had to stop because Bethany House bought my Kinsman Chronicles trilogy (hooray!), and I had to get busy writing those tomes. (They took me four years to complete. There’s a reason they call the genre epic fantasy.)

Well, I spent the past couple weekends reading over the chapters of Onyx Eyes I had completed (seven chapters!), and I published them to Kindle Vella. They are there now for your binge reading pleasure. The week after I complete Magic Hunters (November 3), I’m going to post Chapter 8 of Onyx Eyes. At once chapter a week, I’ll have it completed by the end of February!

Did I mention how excited I am about this? ♥♥♥

For those of you who are not Kindle Vella readers, I have an alternative way for you to read along with me and give feedback on the chapters. But first, let me remind you what Onyx Eyes is all about!

The princess is missing, and Drake has until the next moon to find her and stop a war. His search leads him to the human realm where he finds a changeling slave impersonating a teenage boy. When the boy’s sister learns Drake’s true name, she demands he take her to the faery realm to look for her brother. Drake doesn’t have time for human games, but the girl controls him now. The sooner he finds the boy, the sooner he can find the princess and stop a war. Unless this girl enslaves him forever.

So, how can you read the serial version of Onyx Eyes?

As I mentioned, you can read Onyx Eyes on Kindle Vella. You can read the first three chapters for free. After that, the book will cost around 850 tokens. If you’ve never used Vella before and have an Amazon account, they might offer you 200 free tokens at the end of the third episode to keep reading. Go to the Onyx Eyes book page to learn more.

Once I follow a Kindle Vella book and read the first chapter, I can open it on my Kindle app and read it there. Some people have told me this only works for IOS Apple devises. Kindle Vella is still in beta mode, so that could very well be.

You will also be able to read Onyx Eyes on Patreon starting November 1. Originally Amazon said we couldn’t publish our Kindle Vella stories anywhere else, but then they made one exception: Patreon. I have been wanting to start a Patreon for years, and this finally gave me a good reason.

So, if you haven’t been able to read Magic Hunters on Vella, now you can read it on Patreon instead. And you’ll be able to read Onyx Eyes too, starting November 1. Visit my Patreon page to learn more.